Must See Winter Events in Berlin

What to do when it is winter in Berlin? Pubcrawl Berlin collected you the must see winter events. Here is your to do list for the cold season.

Christmas Garden Berlin
In November and December 2016 the Botanical Garden in Berlin turns into a brightly colored winter fairyland with illuminations, magic woods and light sculptures. Christmas Garden Berlin invites visitors to a relaxing and enchanting stroll in Berlin’s Botanical Garden. Every evening the mile-long round tour discloses over a million light spots, colorful illuminations and Christmas-themed 3D figures all over the grounds. There are also warm and cosy fireplaces with local culinary treats. Those who would like to be more active can enjoy themselves on a 300 square meters ice rink.

Andreas Henneberg @ Ritter Butzke
December has plenty to offer when it comes to great acts and talented DJs, and partying in Berlin is always a great experience. Andreas Henneberg is a German DJ who has been performing at many large German Festivals this year. His music is a sweet mix of techno and plenty of melody and familiar tunes. On 17 December, he will be performing in the Ritter Butzke. If you like to party in Berlin and you love a solid line-up, you will probably love the DJs which are performing in the Ritter Butzke. 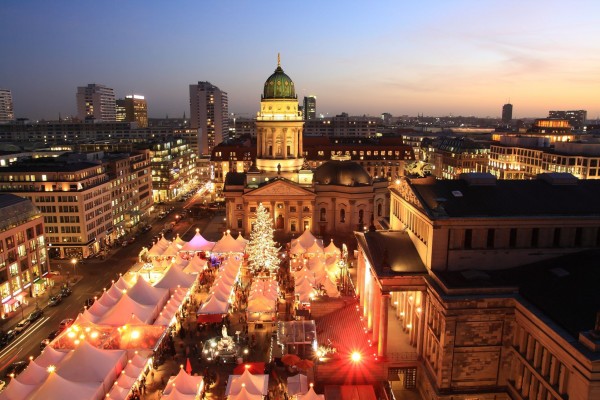